Unfiltered
Home Analysis Out of the Line of Fire

This content is for members and subscribers only.
この記事は、読者組合員、定期購読者のみ閲覧可能です。
Login / ログイン Join Now / 今すぐ登録 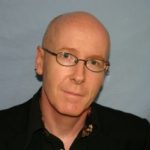 This article is also available in: 日本語 (Japanese)

Unfiltered On the Ground 議員と話し、地道に夫婦別姓を訴える

Why workers and communities oppose Japanese incineration in Southeast Asia

A Cut Above the Rest:Shibata Akari

Stemming the Shecession and Shadow Pandmic under COVID in Japan

ABOUT US
Unfiltered.coop is a cooperative of journalists and readers committed to giving a voice to the marginalized. Join us today!
Contact us: un-filtered@riseup.net
© Newspaper WordPress Theme by TagDiv