Unfiltered
ホーム ジェンダー Living and dying on the streets in Japan

The murder of an elderly homeless woman in Tokyo in November was another reminder of the vulnerability of people living on the streets, even in one of the world’s safest cities. Misako Obayashi, 64, was hit on the head, apparently with a bag of rocks, while sitting at a bus stop near Sasazuka Station in the early hours of Nov 16. Her alleged killer, Kazuhito Yoshida, 46, reportedly offered her money to move elsewhere and became enraged when she refused.

The heartlessness of the crime has shocked many – Obayashi worked until recently and only occupied the bus shelter between 1-5am in an attempt not to cause inconvenience. Yet, it is only the latest in a string of soon-forgotten attacks.  Eight six months earlier, five teens chased down and killed a homeless man in Gifu Prefecture by hurling rocks at his head. The 68-year-old man had been living on a local river bank for about two decades.  Many other homeless people have been attacked or assaulted.

Still, Obayashi’s murder struck a chord online. In the wake of the murder, a series of tweets about how to support homeless women by Sachiyo Ikeda, who has been helping homeless people in Tokyo for more than 25 years and is now a member of Komagane City Council in Nagano Prefecture, have been viewed more than 1.4 million times. She received responses from many women concerned that they could be next. Ikeda says she took to Twitter to reach out to people who want to support women living on the streets – and to the women themselves.

Neither is easy, she warns. People who end up on the streets are not likely to trust strangers on first contact. Women are especially cautious. Ikeda advises those wishing to help to sit or squat to avoid appearing as a threat. “It is important to keep yourself on the same level as the people you are speaking to rather than talking down to them. It should also be women approaching homeless women.”

Many, like Misako Obayashi, are embarrassed by their predicament and shun attention. Ikeda advises people to wedge themselves into the lives of the impoverished by making the initial approach with a candy bar or chocolate, or a pocket warmer if it is cold.  She says those who help should try to act like a meddlesome “Osaka auntie.” The key to building trust is to maintain regular contact.  Even then, “it’s not that easy or straightforward,” Ikeda said, based on her long experience.

The Homeless are Still with Us

The number of official homeless in Japan soared after the Asian financial shock, hitting over 25,000 in 2003. It has since fallen sharply – to around 4,000 in Tokyo alone, according to the Tokyo Metropolitan Government – though this ignores people in the twilight zone between fixed residencies and the streets (such as people who shelter in internet cafes).  It also overlooks the damage inflicted on lives since the coronavirus pandemic hit in early 2020.

The slump in economic activity brought on by the coronavirus pandemic is taking its toll on nonregular workers, day laborers and others with unstable working arrangements. At least 80,000 people have been fired for “coronavirus-related reasons,” according to the government.  “Many young people are struggling, especially nonregular workers and day laborers,” Ren Onishi, director of Moyai Support Centre for Independent Living (an NPO that helps the poor) told The Mainichi newspaper.

Ikeda was prompted to send out messages and post information on social media after hearing the plight of young runaways who end up on the streets. “The first place these women turn for help is the Internet search engine,” she points out. “They type in the keywords, ‘underage, runaway, place to sleep,’ and start contacting the results from the top. There is so little information about places we can turn to in times of trouble.”

Ikeda first began supporting women forced to live on the street in the 90s in Tokyo’s Taito and Shinjuku wards, which had large homeless populations  – while engaging in outreach work for her volunteer group. “There are many reasons why women end up living on the street,” she recalls. Once there, the risk of sexual violence increases. “The type of work they can do is also limited.”

She started the volunteer support group for homeless women, giving them a safe space to come together and talk. One woman said her family was so poor they couldn’t afford to send her to high school. Illiterate, she ended up on the streets of Shinjuku after her sister kicked her out. Another woman suffered from mental problems after sexual abuse by her brother. She could not lead a stable life nor hold a steady job. Yet another woman had a mild mental disability and found herself in a Shinjuku park. Her family saw her as a burden.  “Many of these women came from families who were already stretched thin and had no extra resources to spare when unexpected situations arise,” Ikeda said. “We are starting to see more cases like this now.”

A person in trouble is a ‘troubling person’

The pandemic has underlined the precarious and unpredictable situation facing many people. Obayashi worked as a temp, according to media reports. The economic fallout and business restrictions due to the pandemic have shrunk payrolls and left many workers unable to afford rent or basic necessities.

In every community, there are people on the verge of ending up without a home. Ikeda has heard people say “komatta hito wa komatte iru hito (a person in trouble is a troubling person).” Yoshida, Obayashi’s alleged murderer, was considered ‘strange’ and ‘troubled’ by his neighbors, media reports said.

As a council member of her own township in Nagano Prefecture, Ikeda has been seeking collaborators to expand the Local Safety Network, which connects local council members across Japan. She plans to make government services more accessible to the people in need.

Both Obayashi and Yoshida, her alleged killer, can be considered victims of society, Ikeda said. Yoshida was quoted as saying that “the only world I see is the view out my window.” Perhaps he was projecting his own fears and hate into the woman.  “There is a fine line between suicide and murder. This case was an unfortunate and painful encounter that we are all responsible for as citizens of this society. That’s why we all have to work together so cases like this won’t happen again,” she said. 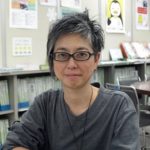 私たちに関しては
Unfiltered.coop is a cooperative of journalists and readers committed to giving a voice to the marginalized. Join us today!
お問い合わせ: un-filtered@riseup.net
© Newspaper WordPress Theme by TagDiv
他の記事
ジェンダー